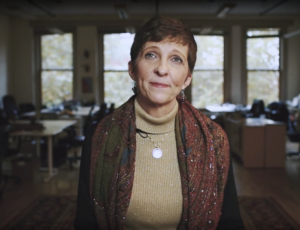 On a dark cold night in 1984, my abusive and imbalanced first husband towered over me with a gun, blinded by rage.

Why didn’t I just leave? It sounds simple enough, but nothing is more complicated.

Victims of domestic violence are five times more likely to be killed when a gun is involved. And the most lethal time is during or after separation.

After months of careful planning, I finally made my escape. I spent five days driving from Tennessee to Seattle, struggling through my tears to look in the rearview mirror. I was terrified that I might see him and that I might never again see the family he had forced me to leave behind.

He tracked me here and bullied, threatened, and stalked me for years afterwards.

Back then, I didn’t even think to call the police. Domestic violence wasn’t yet a crime. And besides, I thought, staring down the barrel of a gun doesn’t leave a mark—no bloody nose, black eye, or broken bones—just a scar on my soul.

About 30 years later, I found myself in Washington DC, at the Everytown Survivors Network Fellowship training.

Everyone else was grieving for loved ones stolen away forever or still suffering from physical and emotional scars. Did I really “deserve” to call myself a gun violence survivor? I didn’t think so, but I’ve been wrong before.

I know now that I’m a survivor. I survived begging for my life on my hands and knees, knowing that something that was so lethal, something that could end my life so quickly, was so close.

— Trese Todd is a paralegal, mother, activist, and survivor of both gun violence and domestic violence.

I was at church one January day in 2010 when I got a weird feeling. I knew something was wrong but I didn’t know what it was. After...