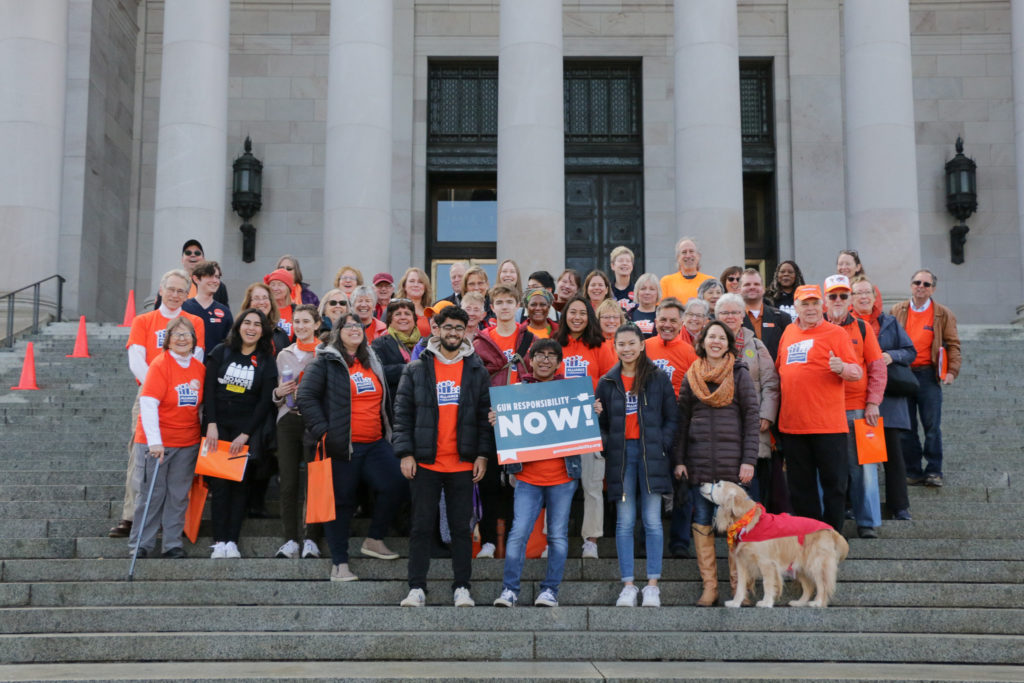 Washington’s 2020 legislative session is officially over and there is much to celebrate! We went into this short session with one of our most ambitious agendas to-date and lawmakers delivered some major victories. In total, we saw five major gun responsibility bills pass and a historic investment in gun violence prevention programs:

These successes would not have been possible without the hard work of our legislative champions and the tireless commitment of supporters like you. THANK YOU for all you did to help get these lifesaving laws passed.

While there is much to celebrate, we also must acknowledge that one major policy fell short. Our top priority this session was a measure to restrict high-capacity magazines.

Whether a state allows high-capacity magazines is the single best predictor of mass shooting rates in that state. That’s because limiting magazines forces shooters to pause to reload, buying precious seconds for victims and law enforcement. In mass shootings where these magazines are used, an average of five times as many people are shot. These lethal accessories have no place in our communities.

Our volunteers travelled from across the state to flood hearing rooms with orange, supporters sent thousands of emails demanding action, and dozens of testifiers shared their personal, painful experiences with gun violence. But despite all that, our lawmakers failed to pass this lifesaving measure.

This bill did not fail after rigorous debate or because there weren’t enough votes in favor of restricting high-capacity magazines. It failed because a handful of legislators, beholden to the gun lobby, knew they were going to lose and filibustered the bill by introducing 120 bogus amendments to run out the clock on this life saving measure.

We are disappointed, both in the dirty tactics and in our allies who let it happen. Other bills that did not pass this year include restoration of local authority to prevent gun violence, requiring training for a Concealed Pistol License, strengthening penalties for threats to commit mass violence, and keeping guns out of the hands of individuals convicted of certain misdemeanors.

So first, we take a moment to celebrate our significant progress, then we get right back to work.

— Dylan O’Connor is the Policy and Coalition Coordinator for the Alliance for Gun Responsibility.