Gun Violence and the LGBTQIA+ Community

During LGBTQ+ History Month, we are striving to raise awareness about the history of violence against the queer community.

During LGBTQ+ History Month, we are striving to raise awareness about the history of violence against the queer community. Hate is a powerful and deadly force. One that is often used against those who identify as part of the queer community. Hate crimes are often motivated by a bias against one’s race, religion, disability, nationality, and gender identity. Many LGBTQ+ individuals face bias based on one or several of these factors in addition to their sexual orientation. And hate can very easily turn deadly when a gun enters the mix.

The National Coalition of Anti-Violence Projects found in 2017 that guns were used in nearly 60 percent of bias-motivated homicides of queer individuals.

In June of 2016, a gunman opened fire at the Pulse Nightclub, a safe space for the LGBTQ+ population, during Latin Night, killing 49 individuals and injuring 53 more. This attack is the deadliest hate crime against queer individuals and the Latinx community in modern history.

Attacks such as Pulse deprive vulnerable communities of safety and perpetuate a sense of danger for merely existing in one’s truth. In an average year, more than 25,000 hate crimes in the US involve a firearm. That is roughly 69 hate crimes with the use of a gun each and every day.

Our friends at Brady compiled some of the most recent hate-fueled mass shootings: 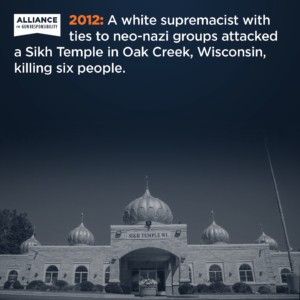 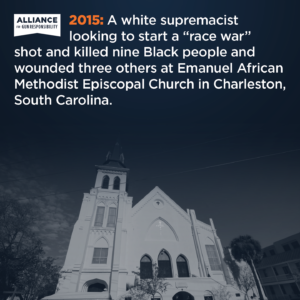 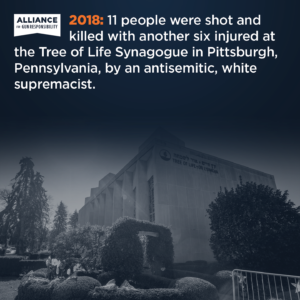 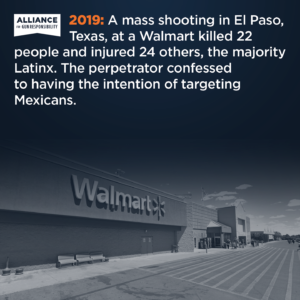 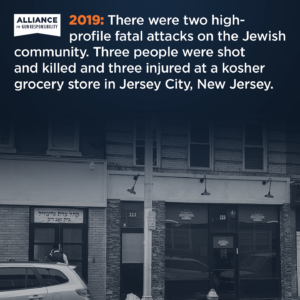 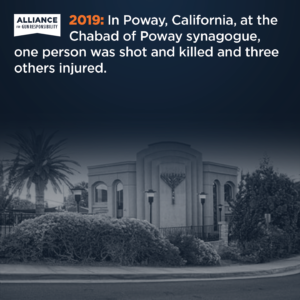 The above tragedies, while heartbreaking, do not represent a new paradigm. Hate crimes committed with firearms have a long-standing history across America. And since evidence shows that hate crimes often go unreported, we may truly never know just how deep-seated this crisis is.

What we do know though is certain populations within marginalized groups are at an even higher risk of experiencing gun violence.

For example, Transgender and gender non-conforming individuals are disproportionately impacted by violence, often with the use of a gun.

According to  Everytown, murders of transgender people have risen 93 percent in the last four years, with nearly three-quarters of those deaths being gun homicides. And the threat grows even larger for trans people of color and specifically Black trans women. Only 13 percent of the trans population here in the United States is estimated to be Black, but over the last four years, 73 percent of known trans homicide victims were Black women.

These realities are difficult to face. But without understanding the problem at hand and respecting the life-threatening challenges our queer friends, family, and loved ones face, change cannot occur. We can fight for and elect responsible leaders willing to create a sense of safety for all members of the queer population. We can limit the access to firearms for those who’ve been convicted of a hate crime misdemeanor, or who received a sentencing enhancement for a hate or bias misdemeanor. We can keep fighting for the safer, more just future we all deserve.

– Tori Muzyk is the Digital Communications Manager at the Alliance.

A Student’s Perspective on Going Back to School (Shootings)

I am writing this article at the beginning of the 2022 school year. Youth are returning after a year where many of us feared for our lives...