On Sunday, June 9, hundreds of gun violence prevention advocates gathered in Sam Smith park in Seattle to participate in national “Wear Orange” day. This is a day to honor and remember Hadiya Pendleton who was shot and killed at the age of 15, just one week after performing at President Obama’s second inauguration. Hadiya’s friends chose to wear orange – Hadiya’s favorite color – to mourn their friend. Since then, orange has been adopted as the defining color of the gun violence prevention movement. 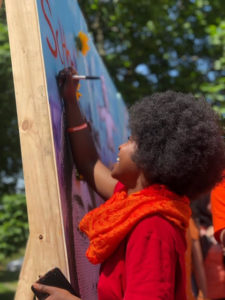 Ola Jackson adds to the mural. 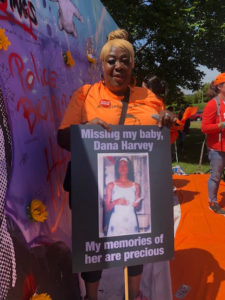 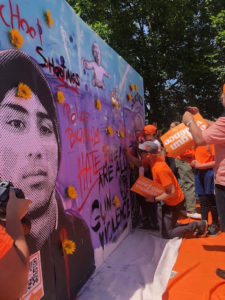 GVP advocates add to the mural. 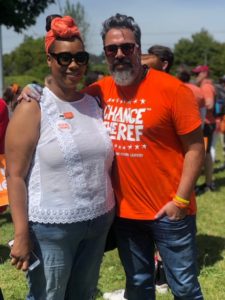 Brandy Grant of the Alliance poses with Manuel Oliver.

The rally featured 14 amazing speakers from all over the country with only one thing in common: intimate experience with gun violence. The lineup included:

Special thanks goes to Jane, Charlene and all the Wear Orange lead organizers!

–Logan Rysemus is the Advocacy Organizer at the Alliance for Gun Responsibility.

Veteran from Marysville will speak out against gun violence

"A year ago, the U.S. Department of Veterans Affairs released a grim report. It included this: ‘The average number of veterans who died...