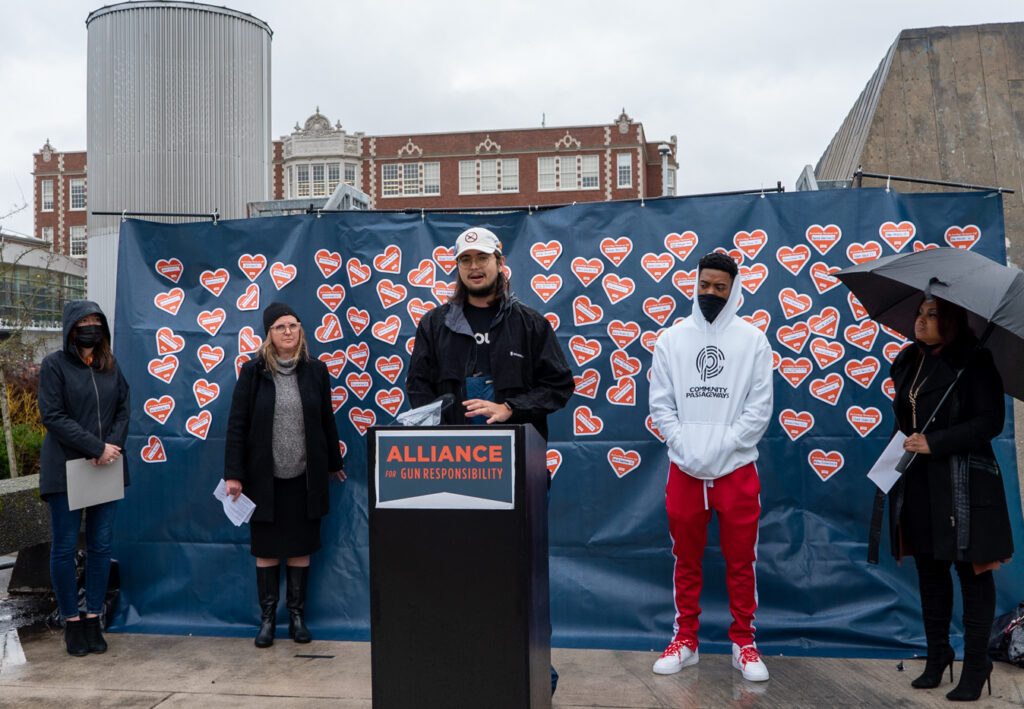 On the fourth anniversary of the mass shooting at Marjory Stoneman Douglas High School in Parkland, Florida and on what would normally be our annual lobby day in Olympia, we held a press conference (and braved the rain!) to call on state lawmakers to address the gun violence epidemic this legislative session.

The event featured 123 valentines with the names of victims of gun violence with a connection to Washington. The number represents the average number of people killed by guns in the United States every day. After the event, the valentines were sent to legislators as a reminder of the toll gun violence takes on our communities.

Alliance CEO Renée Hopkins opened the event outlining the significance of the Parkland anniversary and underscoring that while mass shootings throw the gun violence epidemic into stark relief, they represent only a small fraction of the gun violence that impacts our communities every day. Robert Schentrup, whose younger sister Carmen was one of the 17 people killed in Parkland, shared his story and called for the passage of legislation to restrict high-capacity magazines like the one used in Parkland. Next, DeShaun Nabors, a Community Ambassador with Community Passageways spoke to the effectiveness of community-based violence prevention programs and called for more support for non-criminal solutions. Then, Seattle’s new gun violence prevention liaison DeVitta Briscoe shared her personal experience of losing a son to police violence and detailed the city’s pledge to act on gun violence prevention.

Finally, Emily Cantrell, a survivor of the Las Vegas shooting, closed the event by sharing her story and calling on legislators to act to prevent other people from experiencing the pain of gun violence. She delivered this powerful message: “Each Valentine you see here does not just represent one life lost. For every heart, there are hundreds and hundreds of other hearts breaking—students who will never see their classmates again, parents that will never get to tuck their children into bed, people who will never get to be with their loved ones again, start a career, have a family. All because their life was taken far too soon because our society values the right to own a gun over the right to live free from gun violence.” 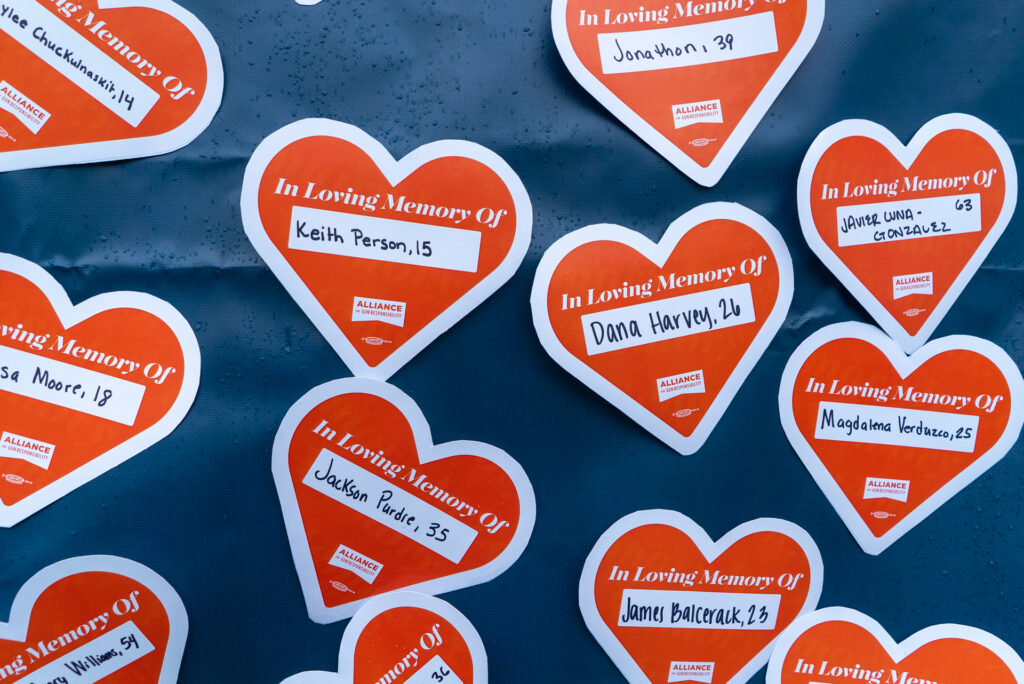 Here are just a few of the stories included in the 123 valentines:

The event was a reminder that behind every gun violence statistic is a person, a family, and a community that are changed forever. It prompted us to recommit to our pledge to honor all victims of gun violence with action. You can watch the event here and hear more from Robert and Emily here.

— Kristen Ellingboe is Communications Manager with the Alliance.