Alliance Board of Directors

The Alliance for Gun Responsibility's 501(C)4 Board of Directors governs our electoral and legislative advocacy programs. 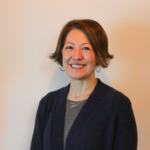 Leesa Manion is the Chief of Staff to King County Prosecuting Attorney Dan Satterberg, a position she has held since 2007. In addition to overseeing a wide range of fiscal, human resources, legislative, and internal and external communications and policy issues, Leesa oversees a variety of youth and justice programs, including the office’s 180 Program, which is a community-based, pre-filing juvenile diversion program designed to keep youth out of the criminal justice system.

She has also spearheaded a number of projects aimed at reducing disproportionality within in the criminal justice system, a major initiative launched by the King County Prosecuting Attorney’s Office in the last few years. Leesa is a graduate of Seattle University School of Law. She serves on the Boards of the Urban League of Metropolitan Seattle and Pioneer Human Services; she also serves on the Community Board for the University of Washington’s Communities in Action Initiative. Leesa is a member of the Asian Bar Association of Washington and Washington Women Lawyers.  Outside of work, Leesa enjoys entertaining, reading, and spending time with her two young children. 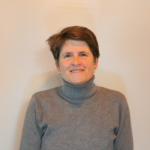 Sally Clark is the director of regional and community relations at the University of Washington. Prior to this position, Sally Clark served for a decade on the Seattle City Council, where she served as chair of the Council’s Committee on Housing Affordability, Human Services, and Economic Resiliency, and as as council president from 2012 to 2013. Prior to joining the city council, Clark was director of community resources at the Lifelong AIDS Alliance, a nonprofit agency serving people living with HIV/AIDS in King County. 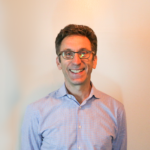 Steve Kessel is a 19-year Amazon veteran and spearheaded integrating Prime Now and Amazon Fresh into Whole Foods stores around the country, one of Amazon’s biggest emerging businesses.

Steve Kessel is a 19-year Amazon veteran and spearheaded 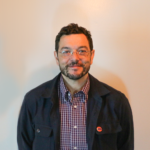 Zach Silk is the President of Civic Ventures, a Seattle-based public policy incubator. He oversees strategy, outreach, and policy development. He is an experienced civic leader and entrepreneur. Zach’s most notable recent successes include managing the successful campaign to pass and defend Washington State’s marriage equality law in 2012 (Approve Referendum 74), co-founding the Washington Alliance for Gun Responsibility and managing Initiative 594, the successful ballot measure that requires background checks on all gun sales. Zach’s middle name is Eagle because his father was a hippie and a patriot. 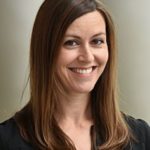 Jaime Smith is a Washington native who has worked in state politics for nearly 15 years. She is currently the Communications Director for Governor Jay Inslee. Jaime’s father was a gun collector who loved target shooting and she spent many weekends in the woods with him perfecting her aim. She believes gun safety is fundamental to community safety and responsible gun owners have an opportunity to help lead the way. She and her son live in Tacoma with their viciously tame lionhead rabbit, Lucky. 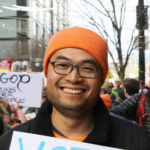 Scott Wang is currently a Sr. Vendor Manager at Amazon, where he runs one of Amazon Fashion’s retail businesses. Prior to Amazon, Scott spent five years working on gun reform. For Mayor Michael Bloomberg and Mayors Against Illegal Guns (MAIG), Scott was part of the original, growth team of MAIG, where he managed policy research, financial operations, and coalition growth. For the Chicago-based Joyce Foundation, Scott co-ran the Gun Violence Prevention grant-making program, with a particular focus on state-based organizing, national messaging projects, and digital strategy. Scott holds an undergraduate degree from the University of Chicago and an MBA from the MIT Sloan School of Management. 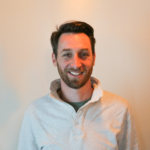 Caleb manages public affairs for Uber in Washington State out of the company’s Seattle office. In this role, he is responsible for all engagement with state and local policymakers and community leaders, the development of new regulatory systems for transportation network companies and today’s modern workforce, and establishing Uber as a long-term partner for the communities in Washington where Uber operates. An attorney by training, Caleb comes to Uber with over a decade of experience managing policy and communication issues for corporate clients and senior government officials at the state and federal levels.

Caleb joined Uber from public affairs consultancy APCO Worldwide, where he was a Senior Director in APCO’s crisis practice group. In his five years at APCO, he provided strategic guidance on the management of acute business and reputation challenges for clients in a variety of sectors and industries, including pharmaceuticals and medical devices, appliances and manufacturing, food and agriculture, and cosmetics and consumer goods. Prior to APCO, Caleb was the national press secretary for the U.S. Department of Agriculture, where he co-managed a national network of over 100 press staff, developed the USDA’s communication strategies around major initiatives and served as the primary departmental spokesperson. Caleb’s time at USDA followed a number of senior level roles with policymakers and on political campaigns, starting with several years in policy positions with the Missouri and Illinois governors. After attending law school, he worked on the Obama campaign as a statewide communications director, leading media efforts in Montana, Missouri, and Rhode Island during the 2008 primary and general election. Immediately following the 2008 campaign, Caleb was a senior adviser and communications director for the TARP Congressional Oversight Panel, where he developed and executed a national public affairs strategy for the congressionally-appointed panel overseeing the $700 billion financial rescue package authorized by Congress to stabilize the economy. During this time, he worked closely with panel chair Elizabeth Warren on her efforts to help Congress and the public understand the economic crisis and evaluate the federal government’s response. He also briefly worked as an attorney at the law firm Sidley Austin after leaving USDA.

Foundation Board of Directors